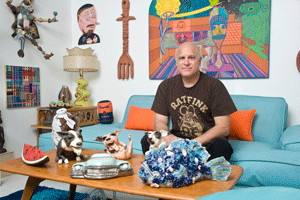 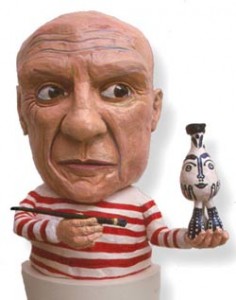 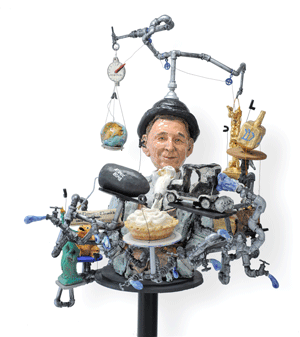 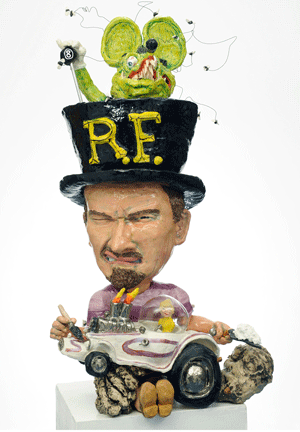 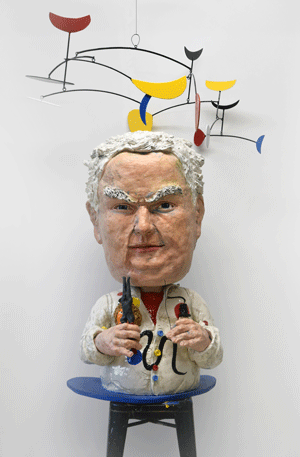 I started making large ceramic sculptures in high school. My teacher was impressed with the work I was doing and recommended that I take concurrent classes at the local college, which was the University of California at Davis. At that time, a man was teaching there who would change my life and give me the incentive to pursue my art as a career. His name was Robert Arneson. After taking two classes with Bob in high school and having my eyes opened to art, I graduated from Davis High School and went to Sacramento State University where I took ceramic classes from Bob Brady.

In 1979, I transferred back to University of California at Davis and got my Bachelor of Arts from there in 1982. I was so very fortunate to have been able to study and take classes from the cream of the crop of fine artists, such as Roy de Forrest, Wayne Thiebaud, and Manuel Neri and other prestigious artists. They all not only were very successful in their teaching professions, but working and showing artists as well which was a great role model for me.

I then went to Maryland Institute, College of Art, for graduate school for a different perspective. Being homesick for sunny California and the art department at Davis, I came back to University of California at Davis and got my Master in Fine Arts in 1984. During my school days and for many years after that time I had been working on life size figurative ceramic sculptures. I concentrated on form and gesture not realism. I wanted the pieces to stand on the floor on their own two feet, drawing in their viewers, demanding a presence to be. interacted with. I want the viewer to be able to interpret whatever they like into each sculpture, even though I had an idea about what each one was to mean when sculpting them. I worked out all my feelings and thoughts in the clay based on social issues, phobias, struggles from within and political satire.

When I got out of grad school, I was asked to be in the Rena Bransten gallery in San Francisco, where I had two successful shows. Since then I have been in museum and gallery exhibitions all around the world. Also over these years, I have been busy doing public and private commissions in clay, bronze, and fiberglass.

Like most artists, I start off my work with an inspiration. Inspiration is a very elusive thing. Absurd television shows, people, commercials, toys, cartoons, plays and movies that are nostalgic inspire me the most. I also look at other artists for inspiration such as Robert Arneson, Clayton Bailey, Red Grooms, David Gilhooly, Big Daddy Roth, and Arthur Gonzalez to name a few.

Tony’s entire home is an omage to the Mid-Century Modern era that ran from the mid 1950’s into the early 1970’s. The house was designed by Carter Sparks (a contemporary of Joeseph Eichler) and is tucked away in a quiet suburban neighborhood in Sacramento. As soon as you walk through the door you feel like you have been transported back in time and a smile grows on your face that just won’t go away. Every room is filled with art, furniture, appliances, functional ware… that evokes memories of the Jetsons, Leave it to Beaver and Mad Magazine.

Tony doesn’t just surround himself with this world, it is part of who he is. You can see it in his art, his sense of style and most of all his exuberant and extremely fun personality. Tony was influenced and mentored early in his Ceramic career by some of the pioneers of the Funk Art movement in California and, while he has developed a style all his own, he carries with him the sense of humor and intensity that defined the movement. 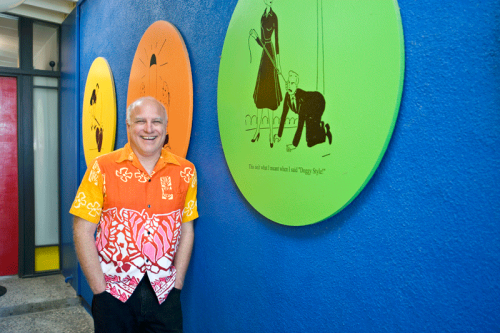 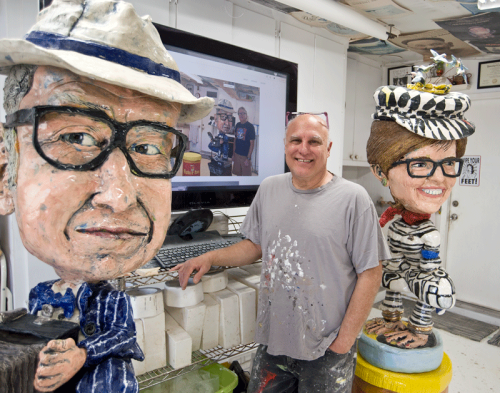